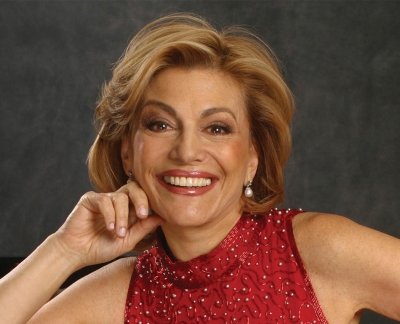 A leading interpreter of the music of the Americas, pianist Polly Ferman captivates audiences with outstanding performances of works by Latin American composers. Recognized by The Japan Times as “ Musical Ambassador of the Americas.”

A cultural entrepreneur, Ferman is the founder and artistic director of Pan American Musical Art Research, a 501(c) (3) organization she founded in 1984 to promote awareness of and appreciation for the cultures of Latin America. 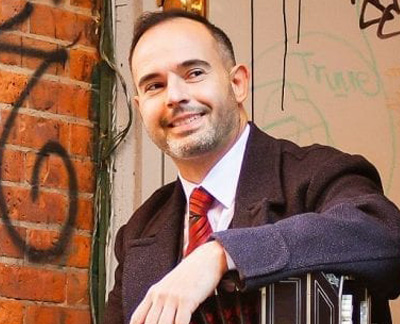 A native of Argentina, Rodolfo Zanetti plays the bandoneon, a type of concertina particularly popular in that country and an essential instrument in most tango ensembles. Dedicated to playing tango from an early age, he joined the Mancifesta Orchestra and Tango & Punto before co-founding the Quintet Bandó, with which he made well received tours to Washington, Chicago and New York. Under the auspices of the Astor Piazzolla Foundation, in 2003 Zanetti directed Maria de Buenos Aires, the masterpiece of Astor Piazzolla and Horacio Ferrer. He performed as bandoneon soloist with the Choir of the National University of Cuyo (U.N.C. – Mendoza) and with the Coro de Jóvenes de la Universidad Nacional de Cuyo. In 2009 he founded El Despunte Tango Club, a traditional tango trío. In 2013 he performed as soloist in the very international wine event of Mendoza, the Fiesta Nacional de la Vendimia. In the United States, Zanetti has performed as soloist with the Pan American Symphony Orchestra at the Kennedy Center for the Performing Arts, the Lisner Auditorium of George Washington University, the Embassy of Argentina, the Organization of American States and other notable venues. In New York he performed as soloist at Lincoln Center for the Performing Arts and Carnegie Hall.

In 2017 he won the First Prize as a bandoneonist at the “Che Bandoneón International Competition” awarded by the Argentine Tango Society at the Stowe Music Tango Festival in Vermont, USA.

In 2018 he participated as a bandoneon player in the album “Vigor Tanguero” by Pedro Giraudo, which has obtanied the Latin Grammy to the best Tango Album.

In 2020 he was a soloist in the recording of the album “Tango of the Americas” which was nominated last year for the best tango album by the Latin Grammy Awards.

Rodolfo Zanetti studied with Jorge Puebla and Hilario Alberto Iribarne on bandoneon, continuing his studies in piano with masters Monica Rizzo and Roberto Urbay at the Faculty of Arts of the National University of Cuyo, Mendoza, Argentina 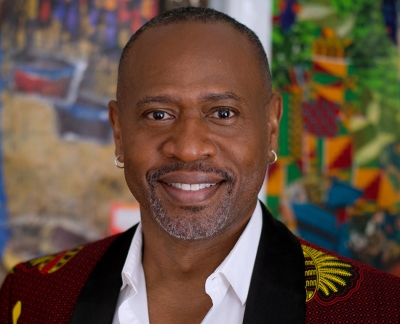 Founder and Director of Latin Week Houston, Panamanian born artist –Raul Orlando Edwards – is the recipient of a Certificate of Congressional Recognition, Jefferson Award, four consecutive City of Houston Mayoral recognition, and multiple honors. An artistic career that began over 25 years ago, he continues to use the arts to positively impact communities in and out of Houston. A highly creative individual, he sought to showcase the many influences that make up Latin American and Caribbean cultures, leading to the establishment of FLAMART (Featuring Latin American Music and Art) in 2006, with a focus on cultural diversity and education through artistic programs. In 2008 the Foundation for Modern Music (FMM) invited him to join the organization as Artistic Director. In his first two years at FMM, he led the organization from local to internationally recognized, growing attendance from a few hundred to over 8,000. A collaboration between Strictly Street Salsa, FLAMART, and FMM launched Salsa y Salud (the country’s first and biggest salsa/health initiative, 2011), Navidad Latina (Museum of Fine Arts, 2011), the Afro-Latin Fest (2014), and others. His work has been featured in over 20 local and regional newspaper articles and over 35 appearances on TV and radio. He was a contributor in the research article SALSA: SAving Lives Staying Active to Promote Physical Activity and Healthy Eating with the Texas Obesity Research Center (University of Houston), Department of Health Disparities Research (M.D. Anderson Cancer Center) and Strictly Street Salsa (2011). Civic and artistic engagements include: City of Houston, VH-1’s movie The Way She Moves, Houston Grand Opera, Consulates of Panama, Mexico, Israel, Egypt and Italy, Houston Ballet, Society for the Performing Arts (SPA), Latin American Cultural Week (NY), Miller Outdoor Theatre, Rothko Chapel, Rice University, Sam Houston State University, Texas A&M University, San Francisco Rueda Festival, and others. In 2018 Rice University’s Boniuk Institute for Religious Studies extended him an invitation to create an outreach program designed to promote tolerance, where he serves as Executive Director for Arts of Tolerance. He is currently engaged in building national collaborations while expanding existing programs that continue to improve communities in the Greater Houston Area and beyond.